Time's they are a Changin'

Time's they are a changing- Bob Dylan

Sometime's it is a song that can say it best and not just any song, a Bob Dylan song. The lyrics and warbly voice of Dylan have been as familiar to me as the voice of my own father, so it was no surprise that as I pondered this topic how quickly this song came to mind.

The times they are a changin', indeed.

This song still holds a valuable place in our experience today as some people still seem to cower in fear as our government makes decisions and our churches shift, yet again. I've even heard the words "war" and "battle" in reference to being a Christian in this day and age. Like Christians need to be fighting for something... but what is it?

I've read the articles and mildly heard the mumbling as it is being pondered and discussed to lift the separation of church and state. I marvel at the fear that this idea seems to evoke for a few. For me, it appears evident that everything is changing for the church as we know it. In fact, if the church cannot change or will not change, it will not grow and when something is not growing there is only one word to describe it- it is dying.

Christianity has survived for over 2,000 years and to be fair, the Christian church has grown and flourished most over the years when it has been under some sort of attack. There have been ages and stages of the church where the State would not ever give Christians the right to do whatever they pleased and then give them tax credits and discounts to boot. Truly, those were years when Christians who were found out were burned alive or put in prison, but people still believed and the church did NOT die.

The conversation that I believe is on the table currently in our country is not a question of faith or belief, but a question of rights. It is critical that we don't confuse the two. Our government is working on creating equality for all citizens of our country. I am not saying that I think this is done well or that I agree with every single law or bill that is signed, but I do believe that this is the direction that our elected body is reaching towards and it is definitely a good goal.

What I think is evoking fear in our Christian bodies across the country is a simple word that has been freaking people out since the beginning of time- change.

Time's they are a changin'.

It seems like there is a lot changing around the church and around the protection of religious organizations. These changes are happening more quickly now and seem to be piling up if you look closely. For many, who carry more years of memory than I do, there hasn't been a shift like this in a long time and this type of shift must feel more like an attack on a way of life that has been so valued and comforting for so long.

History continues to dictate our future and the patterns of our human past seems to come full circle over and over again. It happens in the same way as our human development, as the mind grows and develops in cycles, each new cycle brings a little more depth and knowledge. Since the beginning of the Christian movement (that we now call the Church), the patterns and systems of that church have changed about every 500 years.

The first 500 years of the church we saw the Apostles baptizing and communing with converts who began to live together in compounds, sharing everything and giving to the poor. The church was growing at warp speed then, even though it was illegal and dangerous to practice Christianity. Most of the great leaders of this time were executed brutally by the Romans who governed the land but yet, it flourished.

Then came a shift when Emperor Constantine had a vision that Rome would win a great battle and it would be because of the hand of God, not gods, but God. When this happened he was converted and made Christianity the state religion. Thus emerges the Holy Catholic church with all it's rituals and hierarchy.

500 years later came the Fall of Rome and then the Great Schism of the Eastern and Western Christian Orthodox worlds. The church was split and the world as was known then was changed forever with both the governing body being diluted and the only Christian church fighting over theological differences. While everything seemed to be falling apart around them, St. Benedict held a version of the church together as he created the Benedictine order and brought us into the middle ages.

500 more years commence, and with the invention of the printing press it was much simpler to usher in a movement. Martin Luther, a priest trained in the Catholic church, was distraught by the injustice and corruption he had witnessed in the governing body of the church and decided it was time for reform. He wrote a list of 95 reasons why the church needed to change and nailed them to the door of the cathedral where he worked. This began a movement that no one could have guessed would grow to be so large- the Reformation. As most of you know, the reformation brought a great change in the Christian church, meaning that it was no longer the Holy Catholic church that was the only church around, but now there was a Protestant reform happening which demanded that salvation comes from God alone, the Word alone, and Faith alone. There is no need for a middle man or a holy relic to lead you to our savior. Not to mention, it was time to print Bibles in other languages so that they could be read by anyone not just the priests who studied Latin. Everything changed again.

So here we are, it has been 500 years since Martin Luther wrote his 95 Thesis and the Pope had to feast on the "Diet of Worms". We are once again part of a Christian reformation. As with most reforms, they come when technology is is advancing and the government is changing. We are viewing the rights of people differently, and seeing the world with more openness. In fact, the world and all of it's knowledge is at our finger tips and many times, our religious stories do not reflect this enormous reality that is available in our daily condition. The church as we know it is changing. In fact, I believe that there is no way it can stay the same. The systems of the Presbyterian Church USA, in particular, have not experienced drastic change since the split during the Civil War and even that was not over church beliefs as much a state politics. It is time for a change. It is time to grow. For the first time in our long history as the Christian church the church is not growing. Memberships are slipping all over the country and I think it is because we have held too long, too tightly to the "way things have always been". But they have not always been this way. These are our memories, our comforts, the sweet systems and graces that have made us feel closer to God all of these years. 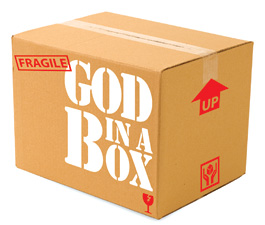 The truth is that there are many ways we can experience God. God is not in a box even though we really prefer that He stay there. God does not need the separation of church and State. God does not need a building to live and work in that hires staff who maintains it and brings in money. God does not even need us to make declarations about what his word means in the world, he can do this all his own with whomever he pleases. God knows what will come. God knows what this means and God will prepare believers to live into the new age that is on it's way. Each of the 500 year shifts have brought a brighter, clearer church. They have brought the church a little closer to what the church really could be. We still mess it up by trying to define it at all, but I believe that these changes have always ushered in an age that brings us a little closer to what Jesus was emulating with his life.

The church is not dying, it is evolving, it is growing and it is taking on a new form. We are in a cocoon and cannot see the light illuminating the path that will fly us onward, but I hope you are comforted with the truth that God isn't leaving us and we don't have to fight for the way that it has always been. God is already here, God is already among us, God is already in position. We are called to allow our lives to be grafted to the Source and this life force will point us down the path that we are called to wander. If each of us can focus our energy on how God is developing us individually, we will come closer to the unity and Oneness that I believe we are being called into. We first, must be in unity with God before we can even digest a nugget of his plan for the world.

For those who believe the Word of God, remember this, scripture tells us not to fear hundreds of times. It is actually up for debate whether it is 365 times or 57 times, but either way, fear is rebuked from the hearts of believers because fear is death. It is limiting and it is stiffing and it's fruit is rotten. Our God is a big God and this small world with our small issues that seem to be the end of everything, are just a tiny drip in a ocean rushing full of potential and growth.

I choose to not to fear change and to joyfully look forward, leaning into the God I love, so that I won't miss the grandness of the Great Mystery that is to come. That is a reform I want to be part of. A reform that leads us a little closer to experience God's love.