You know that old saying… Ignorance is bliss? Never understood it. I mean theoretically I get the concept, but it never made sense to me how people could really think this was bliss. The dictionary defines bliss as “perfect happiness.” Maybe it is because my parents have always put a strong emphasis on education, but I just cannot fathom how perfect happiness could ever equate to being uninformed and/or misinformed. I prefer my bliss to be deeply immersed in knowing. 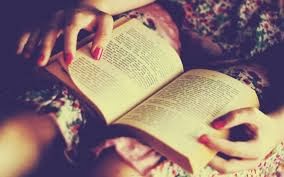 Don’t get me wrong, I’m not saying I know everything about anything. But what I’m trying to get at is that bliss-to me, at least-can be found in the quest for knowledge. And this knowledge is not limited to formal education. In fact, I believe that some of the most blissful times are when you are searching for knowledge of self rather than knowledge of scholars. To me, bliss is finding new adventures to embark on, but also falling back in love with the familiar. Bliss is diving head first into a new book and also reading one of your favorites so many times that you can nearly recite the entire thing.


My Granny has always told me growing up “Ya learn something new every day.” THIS is bliss. Perfect happiness can be achieved by learning. And you thought school was useless… ;)


But learning isn’t the only way to bliss. Although it is true that it usually sparks some blissful situations, learning is only half the battle. Appreciation is another puzzle piece. After all, you can embark on a new adventure, but get so caught up over planning and making sure you stay on schedule that you forget to do what you went there to do… Enjoy it! Or you can delve into a new and exciting novel, but have so much white noise occurring in your mind that you can’t even concentrate enough to let it bring you happiness. With knowledge, there must be an appreciation for that knowledge in order to be blissful. 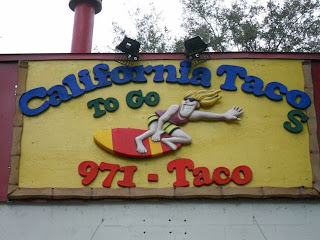 So what’s bliss to me? I’ll tell you. My husband and I had been wanting to check out this place in our city that was on the show “Diners, Drive-Ins, and Dives” on The Food Network. The episode featured what looked like the best fish tacos we had ever seen and we love trying new places… especially little hole-in-the-walls. So one day when Delano was off and I was done with class, we finally went, after months and months of talking about it. You would think we were anticipating the best seats in the dining room of a five-star restaurant with the Queen of England as our host, as excited as we were. It is almost completely the opposite. It is a little shack on a busy street in Tampa. Everything is to go, but they have tables and chairs set up outside if you want to hang out. There is fake grass on the sidewalk in front of the window where you order and an enthusiastic man hanging out of said window ready to help you make your decision on which tasty treat you want from the menu. The décor is old and worn, desperately in need of an update. There is an eclectic, but chill mix-tape of music playing featuring the likes of Jimmy Buffet and Bob Marley. The baby fell asleep on the way and since we were five feet away from the car, we decided to let him sleep while we hung out and enjoyed our dinner. The fish tacos were $3.49 a piece, but they were the most delicious ones that I’ve ever had in my entire life. Fresh, local grouper fried to order, with fresh cabbage, tomato, cheese, sour cream all on a tortilla that was still warm.

In my eyes, that moment in time was pure bliss! It was me and my husband having a moment to ourselves, which since Kai has been born have been few and far between. It was us exploring something new together, savoring every single bite, hanging onto every word that the other person was saying. It was a time for him to reminisce about his Jamaican roots because our food had some similar flavors and the breeze was perfectly Caribbean that day, all tied up with the tunes playing over the out-of-date speaker system. It would seem to others to be such an ordinary moment. Isn’t it funny how circumstances and perception can define one’s experience? Ordinary to some, but absolute BLISS for us! It makes me wonder… are there other seemingly ordinary moments that I could be finding more bliss in? What about you? What are some of your most blissful moments? Do they stem from knowing, appreciation, and presence too, or do you have a different experience? Have a blissful week, everyone!