This blog post was written and created by my friend Angela. Enjoy!
Here’s the thing: I don’t really like change. Transitions can be just, meh. I also don’t like stagnancy. So where does that leave you? It leaves you feeling somewhat resistant and hesitant to both step forward and be fully present in the journey that is life. My control issues run deep and my journey of surrender goes farther back than I can probably remember; but surrender gives way to joyful anticipation, trust, and ultimately Peace. A few weeks ago, my pastor used an example of life being like a trapeze act: if you keep holding on to the 1st fly bar, you not only miss the moment (of moving on to the 2nd fly bar), but you begin to swing backwards. This is where my tendency to want to control things, figure my life out, etc. leaves me. 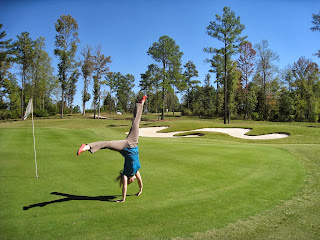 About 5 years ago, I was housesitting for a family that moved to China for a year, living with 2 of my best friends, Tatum and Whitney. I’ll never forget the day when Tatum and I were sitting on the kitchen counters, her listening to me ramble on with the age-old question “what am I going to do with my life??”…we were recent college graduates, in transition, and coming to grips with what we were going to do to make the world more awesome, in the words of Kid President. I was debating whether or not to start the process of applying to physical therapy (PT) school, which would include me taking 4 more pre-req classes and the GRE, not to mention the lengthy application process itself. I was hesitant, as per uge, but then Tatum said something that has continued to shape the way I view the unknown today: “Well, you like science-y things, you like people and helping people…just keep going until you get a red light.” 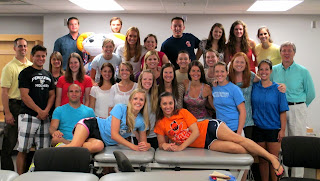 And that’s exactly what I did. I just kept going. The process itself took 2 years of working part- and then full-time as a PT Tech, taking those 4 awesome (not) physics and chem classes, taking the GRE (twice), applying to 3 different schools, interviewing at those 3 schools, and as the good Lord would have it, being accepted to all 3 schools. No red lights whatsoever. Naturally, I wanted to go back to UNC – not just because that’s where I went to college, but because the students that were in the program raved about the faculty, how much it felt like a family, and how much they loved it.


Enter 2010. The beginning of the 3 most challenging/awesome years of my life thus far. It is nearly impossible to briefly re-cap my experiences over those years, but here are some fun facts in list-form (and honestly, making this list helps me remember and be grateful for the journey):


I have dissected an entire human being – I have cut a body in half, both ways (this is called a hemipelvectomy). I have held the human heart and brain in my hands. And let me tell you friends, we are nothing short of miraculous. The more I’ve learned about our bodies, the way we heal, etc., the more I am in awe of our Creator.


Grad school is a time when people get engaged and married. Here’s the breakdown from my class: 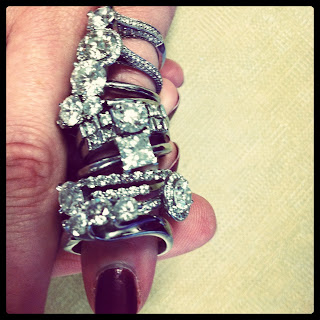 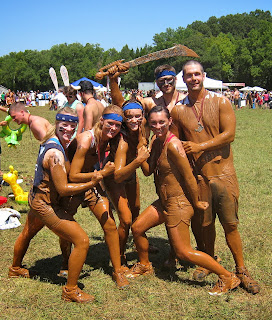 Races run (and let it be known that I do not like running): Warrior Dash,Color Me Rad, The .5K (yes, that reads point-five-k) 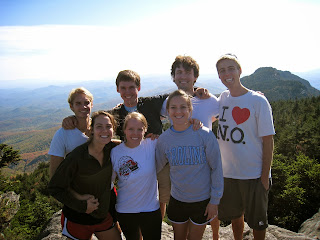 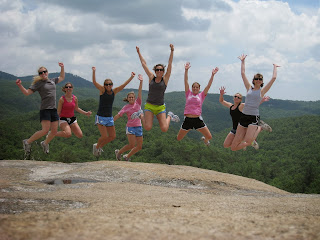 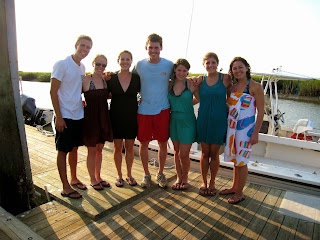 
Phoenix, Sedona, Williams, Flagstaff, the GRAND CANYON, Holbrook, Petrified Forest, the Painted Desert, Sitgreaves & Tonto National Forests, Woods Canyon Lake, AZ – this was a very planned and very awesome trip that could fill an entire blog post (and then some) 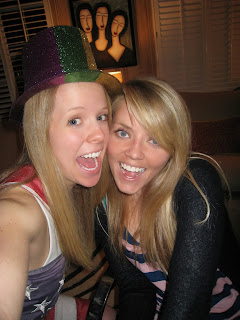 
Things I did for the first time during PT school: went skiing (snow- and water-), played a mandolin, went skeet-shooting went range shooting, saw the Grand Canyon, completed the Bourbon Trail, played croquet, sang at open-mic night with one of my favorite professors, went hammocking, played a concert as one half of Mosaic People, went hurricamping, served in a foreign country 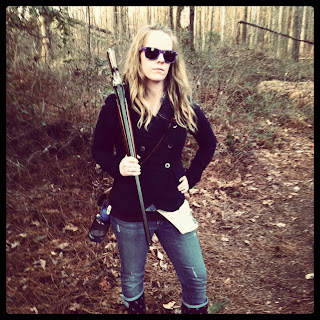 Fatigue is an ass – thus learned by a powerpoint slide from our cardiopulm class 1st year that said ‘Fatigue’ at the top, and then had nothing else but a picture of a donkey aka an ass. This became a common phrase for our class and continues to be in my vernacular on the regular. 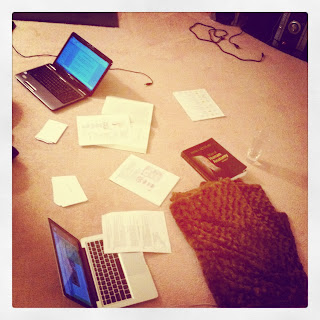 Family dinners, cobbler-offs, and community – I quickly became good friends with a fellow classmate, Lauren, who just so happened to share my birthday (albeit 2 years younger). Because of the goodness of God, I was introduced to a phenomenal community (outside of my class) through Lauren. We hung out nearly every week and spent Sunday nights together doing ‘family dinners’… 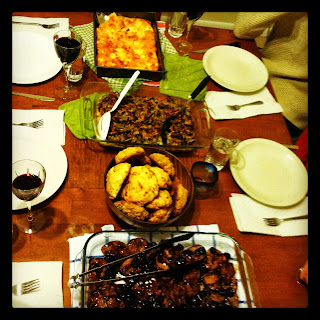 ...which basically meant we went over to one house, brought dessert/wine, or somehow contributed to the masterpiece meal that was being made. We made everyday events competitive and fun, like having cobbler-offs (who makes the best cobbler…apparently Lauren and I do, btw), carving pumpkins, playing cards, or going bowling. We laughed, we prayed, and we did life together. My life is forever changed and deepened because of these relationships. 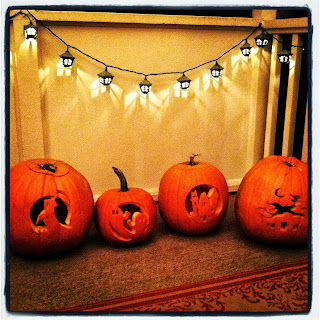 If ever you get the opportunity to do it, go serve in another country – I had the privilege of participating in our service learning trip to Antigua, Guatemala this year, along with 7 faculty/leaders and 14 of my classmates. We practiced physical therapy in one of the most severely underserved communities I’ve seen, we learned how coffee is made, we hiked a volcano and went ziplining, but most of all, we threw our expectations out the window and just loved on the community and each other. And even though this wasn’t a ‘medical missions’ kind of trip, it was missional to me, and I know the Holy Spirit was alive and moving in us. 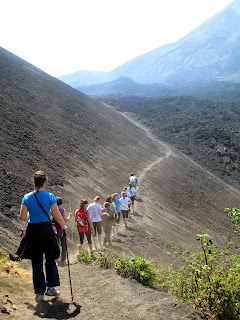 And now, here I sit on the other side of 3 years – 3 years of studying, class, clinical rotations; 3 years of many a celebration (see #2); 3 years leading to a doctorate degree, with all the blood, sweat, and tears that go with it. And you wanna know how I made it through all the changes, transitions, and crazy times? Surrender… 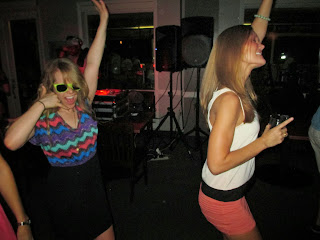 Surrender, to me, means a relinquishing of my desire to control, to plan, or to get my shit together (I woke up every day, and told myself I was going to get it together…it was exhausting). Surrender means choosing JOY because God is Sovereign. He knows you and He knows me. He enables, provides, facilitates. He withholds no good thing from us. He gives us rest when we ‘don’t have time to rest’. He made wine. He created dancing.

I am in the in between. In the past 2 months, my seasons have drastically changed...again. I have been Struggs McGee. But I’m going to keep moving forward until I get a red light. I’m going to let go of fly bar number whatever and if I’m held in suspenseful air for a while, then so be it. I’m going to keep celebrating, embracing my emotions, traveling, concert-going, giving, serving, dancing, being present in my life and the lives of others. Gratitude turns everything into enough, and I have a lot to be thankful for over these 3 years and some change J 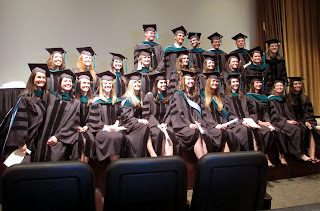